Wake up call from Niira? 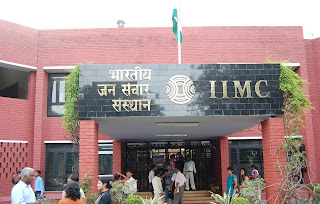 Had Natha died in 'Peepali Live' would it have been a good copy for media?

Few months ago, while watching 'Peepali Live' this thought was coursing through my mind time and again.

Rakesh, a sensitive and ambitious vernacular journalist, breaks the story of a poor, debt-ridden farmer, Natha’s intended suicide to the 'national media'. All sudden Natha is a news maker. News channels, in various shape and size hurriedly reached Natha’s nondescript village, followed by 'Babus and Netas'.

Many of us might not have known about Natha, if there was no Rakesh. After the demise of Rakesh, who will report to us about Nathas?

Death of a vernacular journalist is no news!

For last few days all these thoughts have been coming to my mind again. Suddenly, India’s well known journalists are making news. They are making news because they are well known, perhaps!
In the beginning of this decade I was attending India’s premier media school. We would ask to journalists and teachers, 'what is news, Sir?' And the answer always used to be: good news is no news!

Obviously, there is something seriously wrong with Indian media when 'Icons' like Barkha Dutt and Vir Sanghvi and his ilks are in news. They are explaining to their audience what they did and what they didn’t do, rather than exposing and analyzing deeds of others.

In public perception most of Indian journalists are either 'power broker' or trying to be one. Because of this image vernacular journalists have been at the receiving end for long.

'Niira Radia tapes' and the news of national (?) journalists playing in the hands of corporate honchos and lobbyists and ministers no longer surprise them.

In the last decade Indian media have seen a phenomenal growth. But growth doesn’t always entail development.Indian media have redefined the news all along these years. Now news means, 'Paid news' or 'Good news (Khushkhabar)'.

Indian media is going through a 'legitimacy crisis'. Leading journalist P Sainath once commented, "The media have lost their compass and, with it, their compassion."

If journalism is 'literature in a hurry' and journalists are writers, then we must also remember that writers don’t have luxury to change their persona every now and then, like our leaders or lobbyists.
Perhaps, Niira’s call is last wake up call for Indian journalists…

(In the pic, Journalism students at Indian Institute of Mass Communication, Delhi)
Posted by Arvind Das at 6:34 PM